According to human perception, it is often believed that everything that exists on this planet has both, its cons and pros. Thus Technology while making human life effortless is fundamentally damaging our environment at the same time.

Human beings for no reason strive to achieve ever more production and satisfaction today in the modern world. Every next day, human experience is with machinery is escalated, and seems
like modern technology is invisibly improving the situation.

Using technology in the field of industry, health and sciences is freeing people from carrying out repetitive tasks. Hence, grant them more time to interact with people around the globe.

Perhaps, human beings are even more connected than they were in the past. Information technology and Mass media Internet platforms have kept them busier. Okay! This is technological advancement but, who would be considered the ecological consequences of this?

Nobody. It was widely believed that humans had access to an endless supply of resources from Mother Earth, that the environment was a bottomless provider that simply wouldn’t degrade over time. But man being greedy and lazy is busy in advancing the technology even further to have sufficient resources in a short interval of time without being the involvement in any human activity.

They willingly become customers of machinery, interacting with technology which can either be a gift or a curse. Hence, this current article will make an attempt to explore how technology has endangered human life so far. After the glorification of some major drawbacks of technology, this article will attempt to provide some precautions regarding the use of technology to damper its threats to human life.

Here are some commonly existing disadvantages of technology being brought under discussion in this article.

Since we all know that the industrial revolution has increasingly mechanized human life, it was made possible with technological advancement which has adversely affected our environment up to a greater extent.

Today, the industry still functions as a linear system. It goes one way, from the producer to the consumer to the garbage, without anything going back to nature. Think about it: What do you own that isn’t designed to be thrown away when you’re finished with it?

Nowhere else is devoid of water and atmosphere. The industry is significantly involved in projecting an excessive amount of gases such as carbon dioxide, carbon monoxide, sulfur dioxide, nitric oxide, and methane are introduced into the earth’s atmosphere.

Which in turn causes various health problems for both humans and animals as well as global warming and damage to the upper atmospheric ozone layer. Today, the world is suppressing an intense climate change that has become a serious topic of discussion for political policymakers around the globe.

Similarly, Water pollution on the other hand is the contamination of water bodies such as lakes, rivers, oceans, and groundwater, usually due to human activities. Some of the most common water pollutants are domestic waste, industrial effluents, insecticides, and pesticides.

A specific example is the release of inadequately treated wastewater into natural water bodies,
which can lead to the degradation of aquatic ecosystems. Other detrimental effects include diseases such as typhoid and cholera, eutrophication, and the destruction of ecosystems which negatively affect the food chain.

Thus, technology has been adversely affecting our environment in many ways that have led to another drawback which is the depletion of natural resources.

Globalization has overcrowded the planet Earth, that’s why man continues to struggle to enhance technology further aiming to rejuvenate biological life on planet Mars. Have we ever thought about

Of course yes! These are the threats caused by technology that man never thought about in the past. Today we are dealing with urbanization, the expansion of cities that results in deforestation. Deforestation is the destruction of natural habitat and asking for natural disasters like floods, soil erosion, storms, and
earthquakes.

It is the technology that has made it possible by providing us with an immense amount of equipment to cut trees, hills, and breaking stones and rocks to provide free land for construction. These all incidents are ultimately caused by technology, which has pushed man to think harder about the depletion of natural resources.

Advancements in digital technology have caused various negative impacts on human physical and mental health. Today, one cannot deny the fact that people have been greatly involved in working with smartphones and computers for the last few decades.

Though it has made life easier in a sense keep them connected with each other through the social media internet platforms. That’s why the internet is often known as a global language. But, are people aware of the disadvantages of digital technology?

Are they using technology just to serve them in a better way to improve their life? These are the queries answered by an excessive rise in depression and anxiety around the world today.

Depression is a common illness worldwide, with an estimated 3.8% of the population affected, including 5.0% among adults and 5.7% among adults older than 60 years Approximately 280 million people in the world have depression (WHO, 2021).

According to research carried out by an American psychiatrist – Dr. Lembke, the common cause of depression is device addiction. Nowadays, people have become accustomed to technological inventions using smartphones, interacting with others through Facebook, Whatsapp, Twitter
and so many other applications for chit-chat.

Besides that most of the young generation is increasingly been involved in playing video games. Admittedly, it has kept people socially isolated. For instance, You would be coming across ten people
sitting alongside the river each one busy with their phone, which eventually make them both physically and mentally exhausted.

According to psychology, using social media apps for chit-chats and video games actually imbalances the dopamine center in the brain. Dopamine is a neurotransmitter that is responsible for pleasure and
pain. When we do something we enjoy, like playing video games, the brain releases a little bit of dopamine and we feel good.

Whenever it tips in one direction, the brain tries hard to restore the balance and that’s why pleasure is often followed by feeling comedown after having some pleasure for a short time. Now, if we keep this pattern for hours every day, over weeks or months, the brain’s set-point for pleasure changes.

Now we need to keep playing games, not to feel pleasure but to feel normal. As soon as we stop, we experience the universal symptoms of withdrawal from any addictive substance; and we are left with mental exhaust and anxiety (Lembke, 2021).

Besides that, staring at a screen round the clock could lead us to chronic headaches and poor eyesight. Consequently, most of the office men are usually not in a mood to talk to their mates at night complaining from headaches that often lead to relationship problems and divorces.

Human beings are insane, they sacrifice their both physical and mental health while working on computers like machines, just for getting wealth, and then sacrifice that wealth to get healthy
seeking treatment of depression, anxiety, obesity, and many other diseases.

As sitting all through the day and night in the offices using technological equipment’s leave them with sedentary lifestyles and obesity. Unemployment of the Poor Since technological advancements are in a row in every sector of life causing the labor class to suffer.

As capitalists are busy making wealth, reducing human activities preferring machinery in their factories instead of labor, that ultimately pushes the poor class of the society into a harder hit making them struggle for employment opportunities.

In another sense, this can be a piece of strong evidence for human laziness and greed, everyone desire to have more in a limited time interval and to make things effortless. Thus, technological disadvantages are exacerbating poor people's lives.

That, in turn, causes an increase in poverty around the globe because of the imbalanced distribution of wealth.

Reduction in Critical Thinking and Creativity

It is obvious that a lot of information is available on the internet today that has not really enhanced education. As students often suffer from a lack of enthusiasm and lack of interest, they often seek to fulfill their educational tasks without bothering to think about them. They simply use the internet to solve their mathematical questions that are usually meant to boost up their critical thinking.

Availability of information on the internet and easy access to it in the classrooms negatively affect
students learning ability and it destroys the quality of self-reliance. Then they are no longer independent learners and often consider their studies a kind of psychological boredom.

As the web spread, it was seen as a way of distributing knowledge and helping people communicate. But in recent decades, there was an emergence of the dark web that enabled criminals to trade drugs and weapons anonymously.

As a result, it took so little for criminals to promote themselves on social media using chat rooms and other places to groom potential victims for specific offensive purposes.

It was Albert Einstein who gave the equation of the mass-energy relationship in the dawn of the twentieth century (1905) that gave the technology a flight. He knew that dangerous weapons of mass destruction would be invented sooner on the basis of his discoveries. Therefore, he warned humanity as:

Technology has no doubt brought significant advances in manufacturing weapons that have kept humanity paranoid for decades. Hence, this can also be considered as one of the ugliest disadvantages of technology since it is directly involved in the destruction of human life.

How to overcome these Disadvantages

After all, we all know that life is more important than technology, we make a mess while thinking that using technology gives us relief. It has technology has drastically changed our life patterns. Almost all that we use are the result of technology, our actions are in some ways dependent on the use of technology.

It suggests that human life is not possible to be lived without technology in the 21st century. Hence, we cannot avoid technology totally but in order to escape from the overuse and disadvantages of technology, we might make it useful in a better and limited way.

In addition, we are needed to reschedule our lifestyles and minimize the use of smartphones. Since most of us are having secluded lifestyles, therefore we need to engage ourselves with others on the banks of river, parks, and stadiums, play gardens to enhance physical activities. Besides that, it is also necessary to have shorter trips towards the green areas that exist in the vicinity of our surroundings.

Since nature is considered a balm for our troubled minds, it would help us get refreshed. Moreover, there should be a proper declaration from the United Nation on the use of technology in industries around the globe. The developed counties should minimize industrial use in order to save the world from air and water pollution as well as from climate changes and global warming.

In conclusion, we need to recollect the previous idea that life is more important than technology, and in the context of the drawbacks discussed in the article, one should never let their life be ruled by technology.

It already has endangered biological existence on earth, and if human beings kept continuing their lifestyles being such dominated by technology, one day will have nothing but regrets. I hope this article would have added a lot of information to your memory and from today onwards, you will aim to make meticulous use of technology. 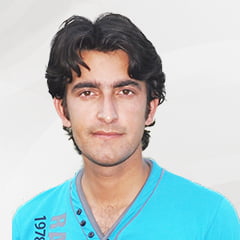 He is a web developer with 9 years of experience. Connected Pakistan given him the best freelancer award of 2021. He is a web development and programming trainer at National Freelancing Training Program. Founder of Reducemeprice, NCPautos, Streamersblogs, and W3host and had built 200+ websites for different organizations, companies, and individuals across the globe.